I was 11 years old when I fell in love for the first time. I was mesmerized by clear blue eyes. His gravelly voice reminded me of a film star from one of those old 50’s movies I had watched. He possessed a rugged manly appeal.

With conservative Christian parents my movies were regulated to wholesome family or classic movies with a PG and under rating. So, there I sat in the dark watching a PG-13 movie I had snuck into with my best friend. While I was drinking in the rough character, being sucked further into his thrall with every scene. My best friend is undergoing the same pull for the younger, pretty boy lead. As it so happens that will be a recurring theme to this day. Her falling for the pretty boy, me the tough, manly types.

I walked out of that theater having met the love of my life. While Rowdy Burns had captured my attention and greatly influenced the type of men I would be attracted to for the rest of my life. My true love was film.

The complexities of the sets, details in costumes design, depth of the characters; for that hour and forty-eight minutes I was a part of Rowdy’s world. By no standards was this an Oscar worthy film or even a particularly good film. Yet, it had the power to close my mind to everything but the movie playing out on that screen. I didn’t worry about the words I had crossed with my father earlier that day, I was blissfully transported outside of my world and problems. It was a feeling I would grow to love, crave, and experience over and over as I drank in every video my 3 local rental stores had.

I was right there with Bastian as he stole the book with the Auryn Symbol. I followed Alice down her rabbit hole. My heart pounded with Indy as he ran from the boulder, and watched as the Goonies band together to save the house. I cheered as Janie and Jeff stood against the entitled rich. Like so many others I sat in shock after Darth Vader pronounced “Luke, I am your father.”

I knew who to call, wanted to save Farris, and saw railroad tracks with the potential of a dead body at the end as an adventure waiting to be had. The triple dog dare could not be backed down from, just as a boombox held up in the air became the most romantic idea ever. We couldn’t stop laughing over stolen Huggies, while “As you wish.” taught us that sometimes what is said means something else completely. Engraved on my heart were the three rules; NO water, NO sunlight, and NEVER feed them after midnight. From action to gut bustin’ comedies, or dramatic love stories. There is literally a movie for every situation and mood. I was bound and determined to see them all.

So, while relationships breakdown at times, friendships can fracture, one thing hasn’t changed, the joy I get from an entertaining movie. I am forever thankful that Rowdy drew me in, so I could discover the power of film, a love that’s never let me down. 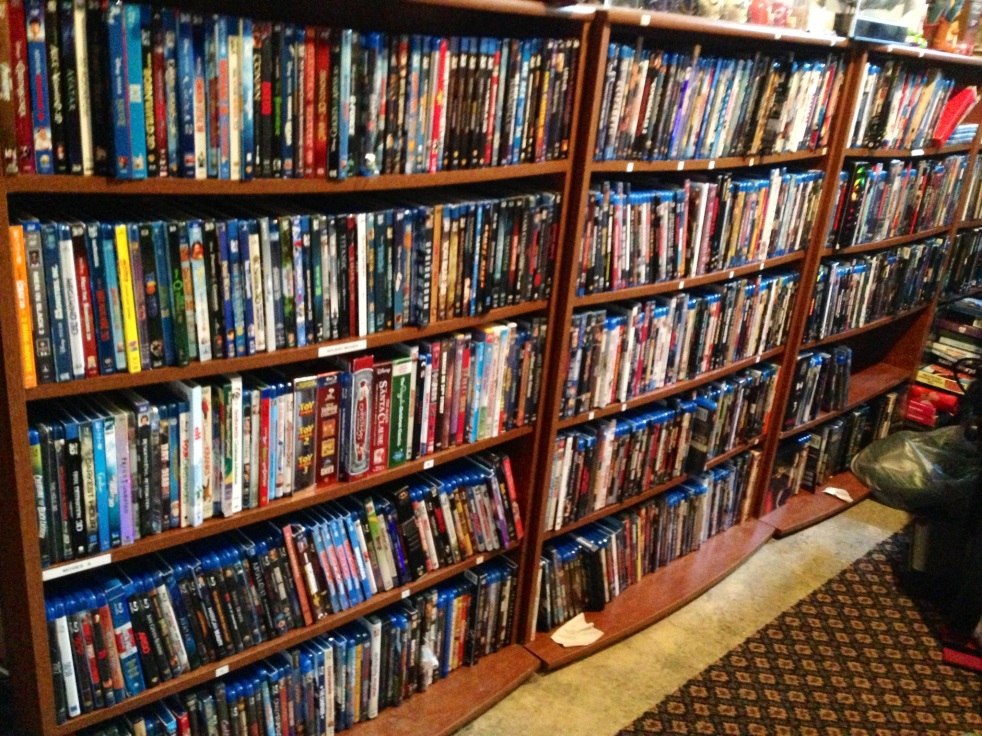 View all posts by frazzledmomsdiaryblog